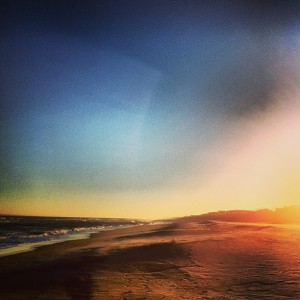 Sometimes it gets bad and goes wrong and the walls press in close. The air is cold in spite of the sun and the wind whips through three long-sleeve layers.

What is it you require?

END_OF_DOCUMENT_TOKEN_TO_BE_REPLACED

On God’s Son, Nas has a song titled “Book of Rhymes.” On this track, he supposedly rifles through an old book in which he has written a bunch of random lyrics, and he regales us with his findings. Most of the time his musings are unintentionally comical. These nonsensical short bursts (“How can I trust you, when I can’t trust me/picture me an old man, an old G”) are often followed by sound effects of him crinkling paper and throwing it into a trash bin. At one point, instead of rhyming, he begins acting like he’s stumbled upon a page featuring the phone numbers of several women. He is surprised, saying, “Oh shit, Tina. I’ve been lookin’ for this bitch’s number.” Later, he will complain about a lack of values regarding our treatment of women. In short, he pulls off the common rap achievement of sounding terribly unoriginal while also disrespecting women and then sounding hypocritical by calling others out for disrespecting women.

Nonetheless, this song has inspired me. I’ve had it stuck in my head all morning, and it’s made me want to copy its style and retell my road trip from Dallas to State College “Book of Rhymes” style, END_OF_DOCUMENT_TOKEN_TO_BE_REPLACED

The ground turns red when the sign standing next to the highway welcomes you into Oklahoma. It’s a noticeable change. You look out the window, and the grass seems to disappear. There’s only dirt. And yes, it’s red.

This happens because the soil is enriched with oxidized iron, something that is common in other regions and states throughout America. Only Oklahoma, though, is synonymous with red dirt. It’s like Roland Garros, the clay there affectionately known as red dirt, minus the tennis and the Paris sophistication, or snobbery, depending on how you see it.

I see it as sophistication. And I see it as snobbery. Paris has both. Oklahoma seemed to have neither.

Really, what does Oklahoma have?

Even as a major fan of the Midwest, I never really held any particular admiration for Oklahoma. To me, it was partially just that song for Curley to sing about, and in it, even he admits that Oklahoma is only OK. It’s not fantastic. It’s not memorable. It’s OK.

At least, I saw it that way.

I drove through Oklahoma the other day* on a journey that took me from Dallas to Oklahoma City for a basketball game. Requisite signs of meth abuse warnings and finding God before you can no longer be saved dotted the side of the road on the way there.

*Two weeks ago now. Man, really procrastinated on this post.

A heavy rain began falling as I neared the city. This would turn into a blanket of snow and ice that would add misery to the ensuing Saturday evening Kansas basketball loss. It prevented fellow Brew House writer, Rustin Dodd, and I from driving home that night, he to Kansas City and I back to Dallas.

So we waited until the morning. Then I began the long drive back through Oklahoma. My car was shaking.

This, of course, was nothing new. My car had been shaking a couple of weeks earlier on a drive to Austin. I took it to a mechanic, who replaced all the mufflers – said he hadn’t seen any in that poor of shape all his life – and assumed everything would work. Or at least work as well as everything could work for a 2003 Hyundai Sonata that has damage so bad you can’t even open the passenger side doors.

This was an incorrect assumption. It started shaking, badly. Driving in the car, I felt strangely like someone sitting in one of those massaging recliners. At least, I thought, I’ll feel comfortable before this piece of junk breaks down and sends me into the roadside ditch.

But soon I would stop for gasoline. My stretch through Oklahoma was nearly ending, Dallas and hopefully a trip to another mechanic miles away.

At the gas station, I didn’t check the tires. I had just days before, and they seemed full of air, or at least full enough.

This was another incorrect assumption. Minutes after leaving the gas station, the ground made a pop and the smoky, smell of rubber wafted. The tire went flat.

Flat, though, wouldn’t describe what happened to the tire. Holes and gashes zig-zagged through the treads, as if the gremlin from that Halloween episode of the Simpsons latched onto the wheel and went to town.

But I didn’t really care. I’ve had about six or seven flat tires in the last two and a half years. I can change them quickly, not Ralphie’s dad in “A Christmas Story” quickly, but quickly nonetheless.

I popped the trunk, spotted the spare and, after a timely struggle, pulled out the jack. This wasn’t your ordinary jack. It was far worse. It was missing a piece. The lever that allows you to pump the jack, yeah, the most important part, the thing that actually helps you raise the car so you can attach the spare, it was missing.

I was in the middle of Oklahoma, and I had to try elevating the car by twisting a small, jutting part of the jack, an exercise that probably permanently damaged my wrist and did nothing. I considered calling AAA or some sort of tow service and called my mom and dad about seven times for advice.

Then a massive truck, no, it was more like a van, or maybe a van-truck hybrid, pulled to the side of the road. A man stepped out.

He quickly removed the type of jack you would find at a mechanic from his vantruck, slid it under my car and pumped it up in a matter of seconds. Two or three minutes later, we had affixed the spare, and I was ready to go, especially after he filled it up using an air canister that was sitting in the back of his vantruck.

His name was Terry. He had been driving for at least 15 hours because of the snow, he said, and had spent the last day or so in North Dakota. His teenage daughter sat in the passenger seat, noticeably angry that this trip would be prolonged a little while longer.

He had seen several accidents. He had seen a semi-truck completely stall in front of him. He had seen an crash, and a man laying in the snow surrounded by flashing ambulance lights.

And apparently, he saw me by the side of the road, vainly twisting my wrists to lift a Sonata with a faulty jack.

I couldn’t quite understand him, but I think he said he passed me on the highway, kept driving for about a mile and then turned around.

“I wondered if you needed some help,” he would tell me.

He handed me his card – he works in some sort of repair business – hopped back in his vantruck and drove away. I arrived home without any further problems and explained the story to my roommate, Joe, who happens to be from Oklahoma.

“People rag on Oklahoma and states like it,” he said, “but there’s nowhere else someone would do that.”