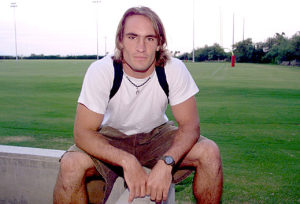 Sunday was the eighth anniversary of the death of Pat Tillman, a former NFL defensive back who was killed by friendly fire in Afghanistan. The following is re-published from a post about Tillman in Nov. 2009.

“Whoso would be a man, must be a nonconformist. He who would gather palms must not be hindered by the name of goodness. … Nothing is at last sacred but the integrity of your own mind….” — Ralph Waldo Emerson

Let’s start with this: This essay isn’t intended to have any real political meaning.

We live in interesting times, and it seems everything is political these days. Everything is argued, and every argument is molded into two differing viewpoints. And only two. Every argument is black and white. And there is often little room for shades of gray.

To often, Complexity is ignored. OK, we had to put that out there. Unfortunately. And it’s unfortunate because this post really isn’t about politics.

This will all make sense in minute. Probably.

END_OF_DOCUMENT_TOKEN_TO_BE_REPLACED

The Procrastinator’s Guide to the NCAA Tournament Bracket

I used to study the NCAA Tournament bracket like it was the back of a cereal box and I was extremely bored while eating Fruity Pebbles. My dad would print several out at his office the Monday after the selections and then I could spend the next two and a half days, erasing and erasing and erasing, changing my mind again and again because I never could quite decide whether I should pick St. Bonaventure to beat Kentucky in the 2000 first round.

Now I’m in the real world, which means I have to provide, have to make a living so I can afford to buy vital necessities such as chocolate milk. Ipso facto,* I don’t have very much time on my hands, and I can no longer properly produce an NCAA Tournament bracket. I can, though, stay awake past midnight the day the tournament starts and make my picks and live blog about them to an audience that is only slightly larger than one that would pay to see a St. Bonaventure-Kentucky matchup. END_OF_DOCUMENT_TOKEN_TO_BE_REPLACED

On Obama picking Vanderbilt over Harvard

President Obama filled out his NCAA Tournament bracket this week. It’s become something of an annual tradition these past three years. Andy Katz shows up in a suit, hauls along one of those oversized, cardboard brackets, and Obama grabs a sharpie, delivering his picks with that trademark cadence.

This really isn’t about Obama filling out a bracket. It is, to me at least, one of the cooler things he does. Less cool that he does it on ESPN. But Obama seems to know ball, and his brother-in-law coaches Division I basketball, and basketball just seems to be a family sort of thing; one of those things he shares with people he loves.

END_OF_DOCUMENT_TOKEN_TO_BE_REPLACED

The Sounds of March

And of all the months of the year, March is THE month for pep-band music. Parents and students and fans are packing gyms across the country for high school state tournaments*. And the NCAA Tournament field was unveiled on Sunday. And this means that pep bands will be blasting out their renditions for the better part of the next month.

In honor of March Madness, here’s a collection of the best pep-band songs I could find on YouTube — with a hat tip to Pablo S. Torre.

1. So first, for obviously reasons, we’ll start with a band from VCU playing “Rolling in the Deep.”

END_OF_DOCUMENT_TOKEN_TO_BE_REPLACED

“Have you ever entered an empty stadium? Try It.” – Eduardo Galeano from Soccer In Sun and Shadow

The woman working at the ticket office tells me I can come in, opening the one door from the inside that isn’t barred shut. “There won’t be any lights on,” she says.

I walk into Texas Hall, a place I’d never heard of until perhaps two or three days earlier when my editor assigned me the job of writing about UT-Arlington’s new arena, known as the College Park Center. It is replacing Texas Hall had been UT-Arlington’s home since 1965. It is a theater, not a gym, but the basketball team has played there, on center stage, on a portable basketball court. The team performed where Louie Armstrong played jazz, where Jerry Seinfeld joked, where Ludacris rapped. END_OF_DOCUMENT_TOKEN_TO_BE_REPLACED

I remember standing in the back section of Superstar Collectibles, slowly flipping through the display cases.

“Dad! Can I pleeeaase have this? It’s been so long since I’ve gotten one and I’ll pay you back when I get some money and look how awesome it is,” I said in a melted together blur of speech. “Isn’t it awesome?”

END_OF_DOCUMENT_TOKEN_TO_BE_REPLACED 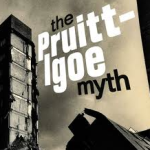 In college, I detested pre-requisite classes. My line of thinking: “When will I ever use biology, geology or the principles of mathematics in my everyday life?”* Sociology was the lone exception. I read all of our assigned books and texts and made it all the way through the textbook — even the sections we weren’t assigned. Social and financial stratification, ethnicity or gender as a blessing or curse, the construct of “race:” I found much of this fascinating. As an adult (I use that term lightly), it’s no surprise that my favorite genre of film is Documentary, and I much prefer non-fiction writing to fiction. I’ve consumed a lot of this material in recent years, and “The Pruitt-Igoe Myth: An Urban History” stacks up favorably against most of it.
END_OF_DOCUMENT_TOKEN_TO_BE_REPLACED
Leave a comment
Sports, Travel

The moment you step into the subterranean, no-frills gymnasium on Manhattan’s Upper West Side, it’s clear that this isn’t the land of blue-chip recruits, multi-million dollar budgets or unscrupulous “advisors.”

Truthfully, that much is readily apparent the moment you exit the 1 train at 116th Street and meander up the decrepit staircase into the brisk January air among a crowd of chattering students, an elderly couple or two and a few scattered fans in team colors.

Through towering wrought iron gates, a small avenue leads into a grassy square flanked by enormous, stately buildings* that evoke eras past when New York City was in the early throes of reconciling its European origins with its American upbringing. To the left, up a few minor inclines and past a couple of stone lions, is the entrance to Columbia’s Levien Gym.

END_OF_DOCUMENT_TOKEN_TO_BE_REPLACED

I must confess: This is a cheap way to bring your attention to the trailer for the new Wes Anderson movie, “Moonrise Kingdom.”  In short, I have no idea what Moonrise Kingdom is about. Well, that’s not totally accurate. But just watch. You’re telling me you don’t want to see that movie.
But today, I want to go back in time and pay some attention to what still might be the best Wes Anderson piece of all time, “Bottle Rocket.” It came out before Tenenbaums, before Steve Zissou, and before Rushmore. It stars Luke and Owen Wilson (with short hair), and it features all the idiosyncratic humor of Wes Anderson — with none of the elaborate sets or grand storytelling. Haven’t seen it? Watch it this weekend. — Rustin Dodd
***

Book: “Beyond the Phog: Untold Stories From Kansas Basketball’s Most Dominant Decade” END_OF_DOCUMENT_TOKEN_TO_BE_REPLACED

By now, Portlandia is a semi-famous television show, with thousands and thousands of viewers and dedicated loyalists*. Familiar faces from Hollywood’s comedy intelligentsia (read: Hipster Elite) make cameos. And there are recognized catch-phrases. And it really only took six episodes for the whole thing to become part of America’s modern hipster (read: young) zeitgeist.

*These are the same people that watch Kids in the Hall on Netflix and are still mad that other people can’t understand the brilliance of the old Comedy Central show, Stella.

At its core, Portlandia is an outrageous send-up of Portland’s social and cultural landscape (a place where “young people go to retire” and the “dream of the 90s is still alive”). And this, I think, is what makes the show so fascinating. It’s a show that pokes fun at Portland and all its idiosyncrasies. And yet, it’s prime audience is made up of people that are exactly like the citizens of Portland.  END_OF_DOCUMENT_TOKEN_TO_BE_REPLACED